From termites and bed bugs to fruit flies and the occasional mouse, in most cases, pests are merely an annoyance and at their worst, can cause damage to your home and belongings. However, there are other instances when you encounter a pest that could be potentially dangerous, but you're not sure if you should worry. Don't put your health and safety at risk and instead, here are a few ways to tell if these common pests are innocuous or dangerous:

According to Live Science, only about 12 of the 40,000 species of spiders throughout the world are dangerous to humans. Most of these spider species also reside outside of the United States, but there are still a few that might find their way inside your home.

Here are two varieties of spiders found in the United States, and how to spot them:

If you've noticed either species of spiders in your home, contact a pest control agent immediately. Don't try to eliminate any brown recluse or hobo spiders from your home because their bites will lead to an open wound that could become infected, which can be lethal.

Much like spiders, the majority of scorpions are not poisonous and according to the Mayo Clinic, the only type that can cause a lethal sting, the bark scorpion, is only located in the Southwestern United States.

The average adult bark scorpion is generally between two and three-inches in length and is a light brown color, which allows it to easily blend in with the desert environment found throughout Arizona, New Mexico and parts of Utah and California.

According to Arizona-Sonora Desert Museum, bark scorpions are excellent climbers and often found on under rocks, on your roof or in tree limbs. If the scorpions find their way into your home, this nocturnal pest will generally hide anywhere that is dark, from your bathtub to the back of a closet.

Even though the bark scorpion is the only poisonous species found in the United States, it doesn't mean that the bite of another variety won't cause pain. According to the Mayo Clinic, the signs of a non-lethal scorpion include:

If you live in the Southwest United States, were bitten by a scorpion and are sweating, vomiting, suffering from muscle twitches and high blood pressure and a rapid heart beat, the Mayo Clinic recommends seeking medical attention immediately.

Does That Pest Have Rabies?

From bats and skunks to mice and racoons, many pests found throughout the United States can be infected by rabies. This disease is transmitted through saliva, generally when one animal bites another, and is very lethal.

If you notice a pest exhibiting any of these strange symptoms, do not attempt to remove it yourself and contact a professional:

If you encounter any variety of pest and aren't sure if it's potentially dangerous or completely harmless, don't take a chance and instead, contact a pest control agent or click here for more information immediately. It's rare, but still possible a snake, spider, scorpion or mouse in your backyard or basement could be lethal. 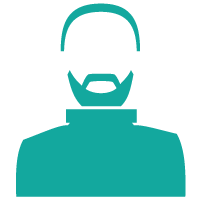 After inheriting my house from a deceased loved one, I had no idea what it was like to go through the home sales and purchase process. When a medical emergency necessitated selling and moving somewhere else, I was in over my head. Luckily, I worked with a great real estate agent who helped me understand the entire process, from listing to inspection and closing. I created this site to share my experiences and knowledge. Whether you're buying or selling a family home like I did, I hope that it helps you as you venture into your first real estate transaction.

Why Buying A Custom Home Is Ideal
12 January 2023
Homeownership is one of the common plans that people make early on in life, but sometimes the plan is not thorough enough. For instance, a home owners …

3 Must-Haves For A Rural Home
5 December 2022
A rural home should provide more than just shelter. It should offer a place to relax, entertain and live comfortably while remaining close to nature. …

4 Steps Of Selling Your Home For Cash
31 October 2022
Some homeowners need to sell their houses immediately and wonder how they can do this. One option is to sell your home to a cash buyer. A cash buyer i …